Asbestos is a mineral-based substance which was used as a building material for several decades until researchers discovered that inhalation of asbestos particles can lead to a number of life-threatening diseases. Read on to learn more about this substance's impact on human health.

Conditions caused by exposure to asbestos

As mentioned above, inhaling particles of asbestos can result in a number of serious conditions, most of which only develop several decades after a person has come into contact with this substance.

Medical professionals have found that exposure to asbestos can put a person at risk of developing asbestosis, a disease which results in the lungs becoming severely scarred, to the point where they harden and shrink. This can then lead to the sufferer struggling to breathe and developing a persistent cough.

Inhalation of asbestos has also been found to significantly increase a person's risk of getting a type of cancer known as mesothelioma. This particular cancer usually forms in the lining of the lungs. Because mesothelioma does not normally produce symptoms in its early stages, it is often diagnosed after it has already advanced and spread to other areas of the sufferer's body.

How is asbestos exposure diagnosed?

If an individual knows or suspects that they have been exposed to asbestos at some point in their life, they should seek out the assistance of a medical professional who specialises in asbestos testing.

Their chosen doctor will perform a number of diagnostic tests to determine if the patient is likely to be suffering from asbestos-related health conditions and will then be able to offer treatment, based on their findings (if necessary).

They may, for example, have the patient's chest x-rayed; this will enable them to check for signs of scarring and other indicators of lung damage.

They might also carry out a number of tests to check the patient's lung functions; these tests will measure things such as a person's oxygen levels and capacity for exercise.

The doctor may then send the patient for a CT scan. The resulting images from this scan will enable them to detect the presence of tumours in the patient's body.

Who is at risk of exposure?

As mentioned above, asbestos was frequently used as a construction material. This substance can still be found in many older properties.

As such, anyone who renovates older buildings could potentially be exposed to asbestos, as many of the activities that are performed during renovation projects (such as the tearing down of ceiling tiles and of walls) can lead to asbestos particles becoming airborne and subsequently being inhaled. 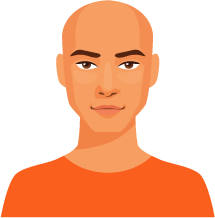 I was diagnosed with osteoarthritis ten years ago, and as I've aged, more of my joints have been affected by the condition. I've had hip surgery and spent time in knee and ankle braces, but I've also tried a number of alternative treatments, including physiotherapy, acupuncture and herbal medicine. I started this blog to document my own journey and share tips I've picked up through the years. You'll find posts with information about the latest treatment options and surgical techniques and posts that provide an overview of the various holistic treatments I've personally tried. I'd love to hear how you cope with osteoarthritis, so if you have anything you'd like to share, get in touch.

Why You Should Always Insist That Your Child Wears a Custom Mouthguard
16 December 2019
As your child begins to mature, they may become interested in a variety of different sports. Some of these can be categorised as full contact, while o …

How To Improve The Outcome of Your Physio Program
26 October 2019
Physiotherapy is a medical intervention that treats injury and disease through physical methods such as massage, heat therapy, acupuncture and magneti …